Last week I read Malcolm Gladwell’s essay The Talent Myth, saw Joseph and His Technicolor Dreamcoat (again), and pondered the Biblical Joseph vs Judah story that climaxes in this week’s Torah reading. 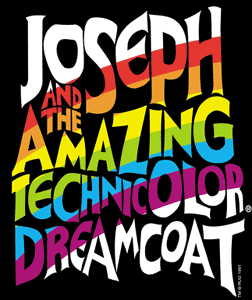 Start with Gladwell. He has fun with articles that celebrated Enron’s talent culture, for example lauding how managers were encouraged to poach each others’ star performers to their hot projects, often leaving damaging gaps elsewhere in the system. Gladwell argues that the very superstar-oriented tactics and culture for which Enron was lauded are the tactics and culture that brought them down.

Moving on to Joseph. The obvious first lesson is that Jacob’s favoring of the superstar destroyed the family. The family ejects the star. The star comes back and saves the family. The brilliant climactic scene (I’ve listened to it several times a year for thirty years and I still sometimes tear up) has the star and the representative of the family go after each other and come to recognize each other’s strengths and that they must move forward together. The superstar saves the family, and others. And then their father declares that the leadership mantle must pass not to the star but to the man whom people choose to follow.

The conflict recurs throughout the Bible. Joseph’s sons eventually set up a rival kingdom which leads to their destruction. Jeremiah writes of Joseph repenting and God declaring that he loves his mischievous child and will have mercy on him. Isiah declares that in the future Judah won’t constrain Joseph and Joseph won’t be jealous of Judah. In a portion Jews read this week Jeremiah is told to write the names of Joseph and Judah on two pieces of wood, combine them into one in his hand, and declare that the two will come together, under Judah’s leadership.

Companies often have to struggle with the question of a perceived superstar who conflicts with the team. In those cases the key questions, in order of importance, are:

A superstar who makes the team worse should rarely be kept. But if the star is just creating a tension because he or she threatens the complacency and mediocrity, he or she should be protected. But carefully.

BTW, this is not a hard vs soft thing. Some of the biggest hard-asses are also the most liked. And sometimes people who aren’t liked still make the team better.

My only criticism of Gladwell’s piece is the title, The Talent Myth. The argument isn’t about talent, unless you define talent as that which superstars possess and others don’t. The argument is about whether you try to single out top individuals at the expense of maximum use of others’ talent.

Combining Gladwell, my personal experiences, and the Joseph story, I’m left with this:

Those are my thoughts. What are yours?