There were a lot of things I liked about being a full-time employee at the same startup for more than 12 years (yes, even after 12 years it still felt like a startup). Being a core part of the team. Having daily contact with great people. The monthly paycheck was nice. 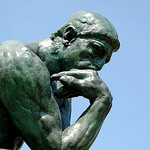 One of the best things was that I didn’t need to prove myself every day. Not that I could slack off. Just that I had built up enough credibility that I could afford to frequently fail on the company dime. Good failures. Usually. The kind where you say “This was a good experiment to run, it failed, what’s next?” It’s much harder to utter those words when you have to follow them with “pay me anyway.” My employers knew that my successes over 12 years contributed more than enough value to compensate for the frequent failures without which valuable successes are improbable.

But now I’m a consultant, working with new clients. Which leaves a few options:

Each of these options has its place, and its problems.

Charging by the hour

I pay my accountant and my lawyer for their time, even if the result of that time is them coming back to me and saying “I thought I found a nice solution for you, but no, you’re screwed.” And yes I get annoyed, but I understand that it’s a reasonable system.

On lawsuits, lawyers sometimes take a percentage of the winnings. If they lose they only charge expenses.

In theory this is a great way to work if you can live with unsteady income. But in practice it usually makes things too complicated. Whenever I’m dealing with a very small client I want to say “I know you don’t have a lot of money to pay me, so I’ll accept a small percentage of your company.” But I think that would be too rude and aggressive.

This can also work if you can separate a piece that you can own or co-own. We recently changed our relationship with a client, becoming his retailer instead of his consultant. Instead of charging him to build an internet distribution channel that he owned, we built our own and buy his product at his wholesale price and resell it with a markup. At that point, you’ve shifted from consulting to entrepreneurship.

Charge a lot, and don’t charge for the failures

This may be the best approach for high-end products and services. You can even explicitly offer a guarantee. This can be a nice approach if there’s sufficient trust. Prospective customers must trust you enough to agree to high prices. You have to trust yourself and your customers that you’ll deliver significant value and that the customer will acknowledge the success.

Don’t fail is a good solution in some closed, objective, predictable systems. If you’re a house painter and success is defined by the walls becoming forest green. Don’t fail is nice when you can follow a repeatable process and all deviations from the norm are failures that you can and should avoid.

But Don’t fail can be a horrible approach in open, subjective systems filled with uncertainty. In such systems, failure is the norm. In these cases, success is a lot more complicated than following a rule book and adhering to the norms.

Succeeding vs not failing

I recently paid somebody else for a site review on one of our sites. I like getting other people’s opinions, and this was a well trusted industry insider who was performing audits at very reasonable prices.

I was disappointed by what I got back. Not surprised, but disappointed. It felt like they just took a template site audit, deleted the problems that didn’t apply to my site, did some search and replaces to get my site name in there, took some screen shots, added a few sentences, and were done.

There are two attitudes you can have when performing a site review, or almost any job. You can focus on covering all the items on the checklist, or you can try to imagine the website’s most likely paths to success.

A checklist is often a good place to start, and there’s a lot of evidence that those that deem themselves “creative types” too often miss the obvious things that a more disciplined checklist-approach would catch.

And maybe at that point the “website review” has been concluded and anything beyond that is a separate project.

A checklist-based project is great from a consultant’s point of view. You have a nice repeatable process and you can declare success simply by hitting all the points on the checklist.

But this approach only succeeds at spotting deviations from the norm and (at best) determining which of those are failures.

The wellness and positive psychology movements are based on the premise that we greatly limit ourselves when we focus on the presence and absence of diseases. Physical and mental health can be so much more than that. We have the same problem when we focus our site audits, and subsequent suggestions, only on how a site deviates from the norm.

The greatest value we provide is usually when we go beyond the repeatable process and try to imagine and create. Yes, that takes time, and doesn’t guarantee success. Even worse, most of our ideas are not good enough to implement. Analyzing each one takes time. It’s awfully hard to charge a client for researching a company and its environment, coming up with ideas, analyzing each one, and determining that none are worth the client diverting scare resources to. I generally find that I keep working until I have ideas that I’m happy with and then I bill for only a fraction of my time. Which is not a great way to work.

The best way to get paid for all your time is to focus on the areas where you can declare success by completing a repeatable process. But the best way to create value is to go wider and deeper; to imagine new possibilities and to soberly evaluate each one.

The best way to provide significant value is not a great way to guarantee payment.

I suspect much of this problem goes away after I build up a base of long-term clients, but that takes time.

What do you do?