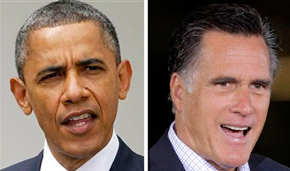 In theory, the question of who should win and who will win are independent. In practice they’re not.

Four factors contribute to this:

More generally, we don’t form an independent opinion on specific issues; our expectations are greatly influenced by context.

How do I get my people to see things more objectively?

The first step in getting other people to see things more objectively: acknowledge and consider your own biases. Strive for greater objectivity but never fool yourself into believing that you’ve reached it.

And don’t think that as an intelligent and informed manager you’re more immune. As Dan Gardner points out in (the excellent) Future Babble, the more you understand and care about an issue, the more likely you are to be deceived by your biases.

The more your teammates believe that you’re aware of your own biases and fallibility, the better the odds that they’ll admit to theirs. When the biases are open and acknowledged you have a better chance of mitigating their effects.

Believing your own hype

But willpower and self-confidence will get you only so far. At some point self-confidence turns into hubris and optimism turns into destructive delusion. Sometimes you really do need to see the world the way it is and not the way you hope to make it.

I know one CEO who exudes confidence, but makes sure to complement himself with some naysayers. Makes for conflict, but the conflict is unavoidable, and it’s often better to have it between people than within an individual. And ultimately that CEO does recognize his fallibility and generally refrains from major decisions to which his naysayers oppose.

Another approach is to embrace your fallibility. George Soros wrote “I know that I am bound to be wrong, and therefore am more likely to correct my own mistakes.” It’s hard to maintain enthusiasm while combating our bias for optimism. Which is probably why we have the optimism bias in the first place.

A third approach is to embrace the optimism bias. Sometimes believing does make it so.

In many ways the ideal is to have an environment where failure are quick, cheap, and survivable, and then let the optimists try to fly within that framework. But that still may involve somebody with power not drinking the Kool Aid.

You can find your own strategy for maximizing the benefits of an optimism bias while minimizing the costs. I think acknowledging  our own bias and fallibility should usually be the first step.

On Election Day, only 3% or 17% of the defeated candidate’s supporters will have correctly called the election. The scariest thing is that even as I write this post I’m quite certain my guy has it in the bag, and that the other side’s analysts and partisans are delusional. Our biases run deep. And it’s far easier to acknowledge that they affect others than to acknowledge that we’re not immune. Next Wednesday, I may learn this post’s lesson the hard way. But I doubt it.

This is the part of a series of posts about management lessons from the US elections.
Next: Lies, Damn Lies, and Statistics: How the margin of error skews our perception of risk.
Previous: Reputation Management Lessons from You Didn’t Build That

« Dr. Robert Cialdini and the 6 Principles of Social Influence » How the Margin of Error Skews Our Perception of Risk