The Evolution of Joel Spolsky

Joel Spolsky has long been one of my role models. Some Spolsky highlights: 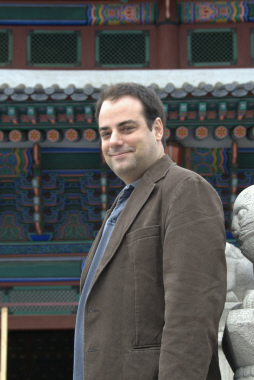 Other than that, he’s just your normal Jewish vegetarian from Albuquerque.

I love reading Spolsky because he’s a compelling writer and storyteller who does a good job of covering various sides of issues I care about. He makes strong arguments without getting hyperbolic or panicky. And he’s an empiricist, a man who uses evidence & experience to shoot down his own theories, not just to justify them.

But alas, an era is ending. Last week Joel announced

“… I’ve decided that it’s time to retire from blogging. March 17, the 10th anniversary of Joel on Software, will mark my last major post.”

He decided that he needed the time to focus on his other tasks, and that blogging was holding him back.

He’s had other recent shake-ups. A few months ago, he wrote in Does Slow Growth Equal Slow Death:

“For the longest time, I smugly thought: We’re profitable, our sales are rising, we make terrific products, and our customers love us. So what do we have to worry about?”

“But we do have to work closer to the limits of our abilities, we have to invest more of our profits in hiring more salespeople and software … because otherwise, we’re going to end up being the company you’ve never heard of.”

I wrote at the time that “I could feel Joel’s pain. Essentially he was jettisoning the basic premises that had guided him for a decade.”

That was Fog Creek. He then made the same switch with his other company, Stack Overflow, deciding to go for Venture Capital funding. Among reasons not to take VC money, Joel once wrote:

The difference in goals means that VCs are always going to want their companies to do risky things. … But as an entrepreneur, you’re going to be forced at gunpoint to bet on three cherries again and again and again. You know you’re going to lose, but the gunman doesn’t care, he’s got bets on all the slot machines and one of them is going to pay off big time.”

Spolsky offered an argument (unconvincing, IMO) about why StackOverflow was the kind of company that needed to grow quickly.  After reading William Shields’ post on the subject I began to suspect that it’s not about a land grab but about Spolsky trying to cash out and get out of Stack Overflow to focus on FogCreek.

Part of me finds all this quite unfortunate. Ethics of the Fathers offers the aphorism “Who is rich? He who is happy with what he has.” Spolsky was the champion of greatness & happiness through moderation and responsibility. His recent post reiterated:

“… I had no doubt that I wanted Fog Creek to be a Ben and Jerry’s [careful and organic growth] type of company, and that model has served us well. By staying profitable and growing carefully, we’ve managed to survive two big downturns and we’ve grown into a stable, 34-person company that’s a great place to work and is likely to remain stable, and a great place to work, for a long time.”

I guess said slightly differently, Spolsky seems to have the life I’m striving for. Many people love and are positively influenced by his writing. He leads a great team, creating a great & profitable product that people love. And this is the life he’s been teaching us for 10 years we should we pursuing, instead of looking for that lottery win of being the next Netscape. And now he delivers this triple-blow of switching to a rapid growth model for FogCreek, looking for venture capital for StackOverflow, and quitting blogging.

This is easier to deal with by using the alternate explanation. Fog Creek is growing and needs a full time CEO. StackOverflow may be more interesting to VCs than it is to Joel so why not sell a piece to them? After 10 years of blogging, it’s time for a break. And as Spolsky says, he hopes that “giving up blogging and the rest of it will be the equivalent of making a cross-eyed kid wear an eye patch on his good eye for a while: The weaker eye will grow stronger.” According to this interpretation, Spolsky is recognizing his limits, and giving up two of his pursuits, so he can grow to the next level as Fog Creek CEO.

Either way, this is a man who founded a Kibbutz, jumped out of planes, biked across America, wrote great posts and books, and helped create 3 different software packages that are widely used in my company (Excel, FogBugz, and StackOverflow). He’s off to his next adventure. Best of luck to you, Joel.

« A Passionate No » How to throw a contest