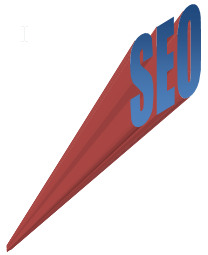 The first is the snake-oil salesman. The memory that keeps coming back to me on this is the consultant who, at the end of our meeting when it was clear we weren’t hiring him, took a fatherly tone and said “whether or not you use us, you really should find some SEO and tell him you’ll give him a percentage of earnings for traffic he can bring to your home page. You have nothing to lose.” I think he meant that he had nothing to lose. If his tactics resulted in long-term damage to my site he’d still be fine, especially if he was lucky enough to get paid before the site got torched.

I’ve heard this guy speak at conferences, and BTW he’s an awesome speaker. He mostly works on his own sites, and he jokes about “if things go wrong you tell Google that you’re really sorry, you had no idea the SEO you hired was shady. Then you blame some Malaysian SEO. Google lets you back in quicker when you out an SEO.” I’m not sure whether or not his service includes a list of Malaysian SEOs you can frame. He probably takes care of the re-inclusion request, so I guess it’s part of the package.

Stay away from these guys.

Faker may be a strong word. It’s pretty easy to learn a few buzzwords and position yourself as an SEO. It’s much harder to develop significant knowledge and skill in the area. Perhaps just as bad, these people may think they know, but be misinformed, or undisciplined, or just not that good.

There are some real SEO experts out there. They’ve reverse engineered significant parts of the Google algorithms through controlled experimentation and private conversations with fellow experts. These people often make most of their money on their own sites. Some of their tactics are short lived, but they make quite a living by frequently adjusting to Google’s tweaks.

The final archetype I want to discuss is Greatness-Based SEO. These people are committed to creating remarkable pages that people want to read and to which sites want to link. They focus on establishing authority and brand leadership. They’ll get the technical stuff right and employ smart techniques, but fundamentally they’re focused on doing great things to attract traffic and links.

Some Greatness-Based SEOs (GBSs) can be insufferable for a number of reasons.Some base their approach on a false belief that greatness and business goals are always 100% correlated. Some refuse to consider that they may be making business sacrifices in their pursuit of greatness. Some are hopelessly naive. They can also often be insufferable moralizers.

Finally some GBSs can often be dangerous because they often have market-hostile definitions of greatness. If you define greatness not by what the market wants but by your tastes and whims then you better pray you’re the one in a million for whom that works.

So if you aspire to be a Greatness-Based SEO, make sure to avoid those pitfalls.

But done right, Greatness-Based SEO can be the best path towards long term success. You figure out what Googlers want that you can deliver, and that serves your business goals.You build goodwill and authority. You establish strong relationships within the community, and with the community’s other thought leaders. You’re not chasing the algorithm, you’re chasing the community. It’s not for everybody, and it doesn’t work in all situations. And frankly, it’s only a route to pursue if you’re looking not only for profitability, but also for greatness.

So, which are you?