The Root Cause of All Problems

A friend asked me for advice before conducting her first post-mortem. Here’s what I should have told her. 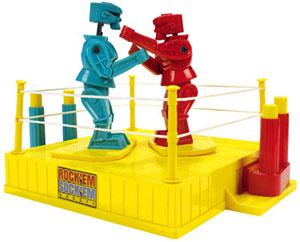 All problems have the same root cause. When I state that cause, many of you will think I’m merely stating an obvious truism. But our inability to really accept this basic truth makes most problems much worse than they need to be.

The root cause of all problems in this world is that the world, by its very nature, is filled with tension, pain, conflicting goods, intractable problems and imperfect solutions. Our cowardice in accepting this truth greatly exacerbates the issue.

The first step in any post-mortem is to make sure people understand this truth and the problems caused by denying it.

If you start a post-mortem by asking “what went wrong?” or “where did we fail?” you’re off to a bad start.

First, you’re starting from a premise that by nature you should have succeeded but someone or something intervened and created the failure. An incorrect premise is a bad place to start a discussion.

Second, even if you tell everybody the post-mortem isn’t about assigning the blame, when you start with the assumption that somebody caused the failure, you’re going to have a lot of defensive people around the table. And defensive people attack. Offensive people do too.

It’s counter-intuitive, but those of us who view the world as flawed people trying to build greatness despite a foundation of chaos and darkness get to really appreciate success. Those who think the world is full of rainbows and unicorns are forever condemning the people who messed up the utopia.

Finally, and perhaps most importantly, by focusing on the failure you increase the chances that you’ll come up with a solution that prevents this exact failure from recurring, but also prevents many other successes. Thomas Watson said that after the chaotic development processes that led up to the launch of the revolutionary IBM 360 they created processes to prevent that kind of chaos and waste from ever happening again. Sadly, Watson points out, those very processes also ensured that they would never again launch a revolutionary success.

This approach generally causes us to fight the last war. We sacrifice our chances of future success by attempting to guarantee we won’t repeat the same failure. We take our shoes off at the airport because somebody once almost killed people by hiding things in his shoes. France builds the Maginot Line to ensure that it will lose World War II differently than it lost World War I.

There is some benefit from comparing what actually happened to an idealized process. But be careful. Don’t assume that following the process would have led to success, and that any failure should be attributed to the deviations from that process.

So starting your post-mortem from the perspective of “where did we go wrong”:

Instead, start your post-mortem by focusing on successes. Why were we successful in other cases? What could we have done to achieve that same success here? What (if anything) can we do to increase our overall success rate?

An added benefit of this success-based perspective is that it helps you remember that a successful outcome to a post-mortem isn’t always a solution to the problem. Sometimes it’s an acceptance that fixing the imperfection that prompted the post-mortem is an unwise of use of your resources, or would unjustifiably reduce your odds of succeeding elsewhere.

Another benefit of recognizing that chaos and darkness is the world’s natural state is that employees are less likely to blame each other for the company’s problems. It’s much easier to have productive discussions when each side recognizes that they’re arguing about the relative merits and risks of imperfect solutions.

Many people find the quest for the best imperfect solution to be uninteresting, even depressing. Sorry. Get over it. Or live your life as a tortured poet or songwriter.

Post-mortems are dangerous enough under the best of circumstances. Don’t make them worse by pretending that success is the norm, and then searching for the cause of the failure.

I think some people find these ideas depressing and others find them uplifting. What do you think?